Kevin Rudd’s recent broadside at the Murdoch empire — which he classified as a toxic threat to our democracy — has garnered a lot of support. Given Murdoch’s deep reach into the Australian media and the construction of many of Australia’s ruling political presentiments, that’s hardly surprising.

But the Murdoch empire, although influential, is not omnipotent. It might be more like America, a declining power that won’t go gently into the night. A proof of that is its relentless campaigning against Victorian Premier Daniel Andrews, which has been nothing short of obsessive — and perhaps for this reason has failed to significantly dent Andrews’ popularity.

Or maybe it’s not as influential as it once was in the new digital world.

While Rudd is correct to identify the media as critical to a healthy and robust democracy, there is a greater threat to our democracy than the behaviour of the Murdoch press and its chokehold on ideas. 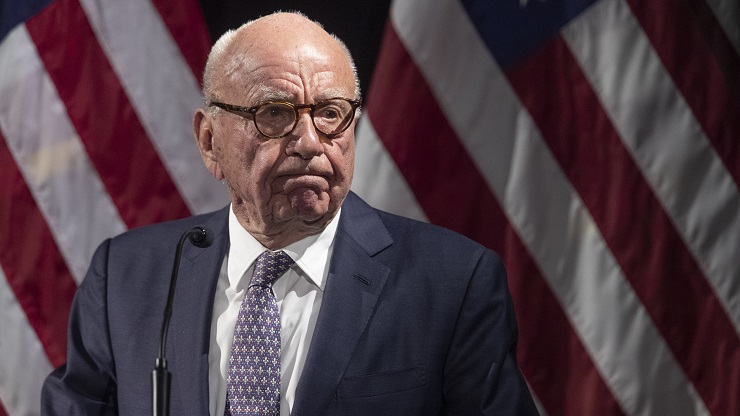 The Australian media landscape is burning on multiple fronts. Some of those fires were lit by the government through funding cuts to the ABC; some by media takeovers and lobbying efforts that undermine media diversity; others through neglect; most by the rise of digital media behemoths like Facebook.

But whatever the origin, the media landscape is quietly ablaze and the government needs to act.

In terms of solutions, the government took a step in the right direction in April by suggesting that social and digital media platforms pay for hosting traditional news articles.

Whether that turns out to have any substance or whether it was just a brief illumination remains to be seen, but there is little doubt that the digital space is a place that bad and malevolent actors find succour (whether they be Russian bots or home-grown plonkers).

There is absolutely no consistency in policing content nor efforts to dampen the ardour of neo-Nazis or other deranged elements, despite a nauseatingly rich supply of the real-life damage they cause — as we saw in Christchurch last year.

On the contrary, encouraging contrarian, maladjusted simulacrums for real-life resentments appears to be Facebook’s business model. That and personal data mining.

These platforms can’t reform themselves. Facebook is like a digital slum landlord battening on to human misery and waxing rich from it. They’re sick, and they’re making us sick.

While there never has and never will be a singular source of truth, as post-modernists are keen to remind us, in the news there are facts around which articles must attach themselves. There were x-thousand people at a Trump rally; the coronavirus is not a hoax.

Without facts we enter a historical realm dominated by obscurantists and anti-science mumbo jumbo.

We need regulations which ensure there is a price to be paid for deliberately peddling dangerous lies and misinformation that hurt the public. The same editorial standards that are meant to prevail in the traditional media need to be applied to social and digital media.

And while we’re at it, traditional media forms need to be held to account for their content and its accuracy, not just through litigation but a process of public complaint. Significant penalties need to be paid for wilful and damaging lies and misinformation.

Individual journalists who transgress in serious ways — by trading in lies and deliberate misinformation — should be struck off as journalists for a period of time — possibly forever.

The ABC plays a pivotal role in setting the standards for journalism without commercial imperatives affecting its content decisions. But of course we want more players in the market, more fresh ideas, more niche ideas, more ambitious ideas.

Despite the world living in a period of its greatest ever wealth, perversely our media is being left to wither on the vine. Partly that’s about the capacity to source news for free online and the decline of advertising revenue as a result of the fracturing media landscape, but there are things that could and should be done by government to preserve it, especially against the toxic spectre of Facebook.

The government could offer every adult Australian citizen a digital wallet worth $300 to spend as they wish on media that signs up to an agreed code of standards. Someone may choose to take out a Crikey subscription for a year, trial a magazine for three months, and pay for individual articles from other publications. At the end of the year the amount they have spent is added to their tax bill.

Something needs to change or we may be headed toward Rudd’s dystopian vision of an American-style media and social hellscape — and who knows what else.