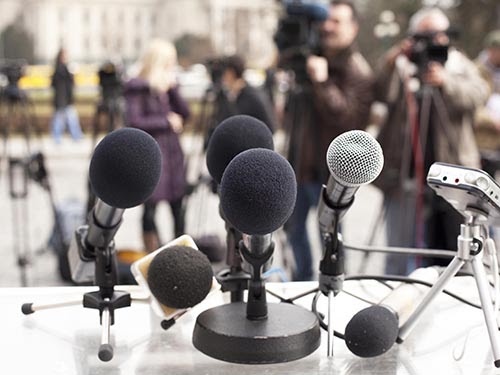 It was a big year, and a year to forget for most of us.

In order to give 2021 a proper burial (or cremation), here is a recap of some of the key events that took place with a look back at how the media covered them.

As much as we all want this pandemic to disappear, it has become the unflushable turd of modern life.

We kicked off the year awaiting miracle vaccines, which, while being extremely effective at reducing fatalities and the severity of cases, hasn’t been the V-for-victory flashpoint prime minister Scott Morrison led us to believe.

For a while, we focused on the twin problems of vaccine hesitancy and the vaccine ‘stroll out’ – every water drop Twitter user seemed to repeat ‘It’s not a race’ with bot-like frequency.

While Melbourne bounced in and out of lockdown, Sydney took a singular approach that some in the media thought was a couple of weeks too late anyway.

As has been pointed out, the editorial view in the Murdoch paper in each city throughout winter appeared to have been determined by whether the Coalition was in government or in opposition.

And depending on which epidemiologist you pay attention to, the new Omicron variant seems set to scupper all of the groundwork that was made during last year’s mass vaccination efforts.

(Notable that certain parts of the media tried to suggest that the World Health Organisation didn’t label the new variant ‘xi’ to avoid offending one person in particular – China president Xi Jinping. Taiwan News took the opposite approach by pointing to a website that claims ‘mu’ is a more common surname in China than ‘xi’.)

Can the slouching beasts that make up Australian health departments contend with third and fourth shots? Only time will tell, as they say.

We bookended the year with travel bans from specific parts of the world, from India in May and from southern Africa at the end of November, from which we are still dealing with the cultural fallout – Australia’s status as a destination nation for migrants is looking severely in doubt.

Perhaps what we need is another of Morrison’s ‘where the bloody hell are ya’ tourism campaigns.

I am woman, hear me roar

From the moment Grace Tame was announced as 2021’s Australian of the Year, the media knew it was onto a winner.

Nominated as Tasmania’s representative to the national awards in October 2020, many stories highlighted Tame’s journey from voiceless victim to powerful advocate.

Tame has proven she, along with fellow sexual abuse survivor Brittney Higgins, has staying power when it comes to speaking out against gendered violence.

One of the first tests of Tame’s and Higgins’ power was the Women’s March 4 Justice, which took place around the country in March.

The ABC’s Hayley Gleeson described the protests as the ‘2021 update of a classic women’s march battle cry’, which were given impetus by a raft of systemic failures such as Wesley College students alleged to have made death threats against marchers, followed by the prime minister feeling the need to suggest it was a ‘triumph of democracy’ that Canberra protestors weren’t ‘met with bullets’.

Pundits struggled to interpret this comment outside of the supposed pressure exerted by historical allegations against former attorney-general Christian Porter (which proved to be his downfall much later) and insults about Higgins hurled by former defence minister Linda Reynolds (whose downfall happened much quicker).

Reporters made the link between Morrison’s comment and the death of British woman Sarah Everard; the discovery of whose body prompted two days of protests in London.

As the year rolled on, the situation didn’t improve much – renewed lockdowns worsened unemployment among women, and the federal government’s only solution appeared to be a ‘women’s cabinet taskforce’ that gave up the ghost as soon as the Budget was handed down.

As a coda, Sydney’s Daily Telegraph put the finishing touches on last year when its federal politicians’ report card suggested the PM ‘neutralised or turned into a net positive’ the Higgins story.

These have been the classic crisis case studies to emerge out of the past couple of years.

Enter Cricket Australia (CA) from stage left, which through wicketkeeper and former captain Tim Paine has lurched from crisis to crisis — from the ‘Sandpaper-gate’ incident in South Africa, after which he was made captain as the supposed moral arbiter, to his sexts with a Cricket Tasmania staff member that were recently published.

I have no doubt that CA would have covered up Sandpaper-gate if it weren’t for the numerous television cameras broadcasting live into the homes of fans around the world.

It is that sort of poor culture and leadership that has given rise to this most recent story.

It’s all about being proactive, honest and clear at the outset. Tim Paine could have played this summer if CA got on the front foot as soon as it learned about this.

Think about Adelaide Crows star Taylor ‘Tex’ Walker, who, after shamefully directing a racial slur at a team-mate, has walked the road to redemption.

During a recent interview with 6PR Mornings on the topic, Liam Bartlett told me the announcement of Steve Smith as vice-captain was ‘snatching defeat from the jaws of victory’.

I couldn’t have agreed with him any more, and I made the point that this is what happens when there are bad systems and processes in places — poor decisions compound upon themselves and the story spirals out of control.

And then Smith returned to the captaincy on an acting basis.

This story was a great metaphor for the year – lots of progress seemingly made before it all gets squandered due to bad decision-making.

So have a great break saying hooroo to 2021 and bring on the federal election.