Why promoting your brand no longer costs you Mad Men money

With a wider, flatter, fairer media landscape you can now promote your business with targeted social media advertisements that cost you less but give you far more control.

The media landscape is no longer dominated by a cabal of five TV stations, two radio stations, and two newspapers. The digital media revolution has given us cable, streaming services, more free-to-air channels, and a wealth of online platforms like YouTube, Twitter, Facebook, and Instagram in the social media space.

Traditionally, to get an ad in a major TV station or newspaper cost a bomb because there was limited real estate and a lot of people competing for ad space – supply and demand dictated the cost was high, even prohibitive.

But with social media to target your ads at your target audience you can pay less and reach more people who are really interested in what you do. 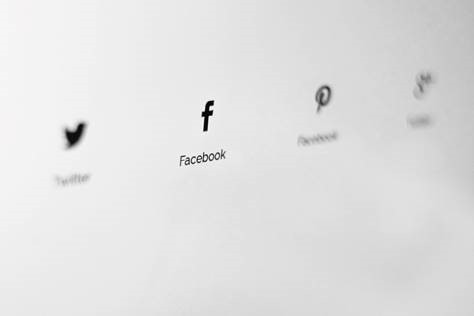 Why use social media ads

Put simply they are cheap and easy to use. Affordability is the key one, both to produce and to put on a platform. A 15-second ad, shot in one location, with one camera, with a small pool of talent is very affordable.

It allows you to find exactly your demographic. You can create your audience profile with parameters such as age, sex, location, income, vocation, interests, and even where they might recently have visited.

There’s also an authenticity to social ads. Traditional ads on TV can feel very transactional and staid because they’re trying to appeal to everyone. Social ads, because they’re so targeted, can afford to be more cheeky and bold – just as cable TV content was more risqué because it didn’t have to worry about everyone, but narrowed in on a particular audience.

The way to do affordable social ads for clients is to come up with strong creative ideas, reduce the number of shots and edits in an ad, shoot in a single location, use a single camera, have one or minimal people in the ad, source affordable actors or comedians, and limit them to 15 seconds.

Knowing who you’re wanting to reach is crucial and will shape the type of ad, or ads, we can make. There are lots of different consumers and decision-makers, so we want to hit the right tone with the right audience.

What about a campaign ad?

Let’s say you’re campaigning for some change. Let’s say you want more arts funding from the government. Now you could make a generic ad where a man hops in the car and there’s no music on the radio, at home the TV doesn’t work, he opens a book and there are no words, he goes to a movie and there’s no film, he finds his kids burning their guitars in the backyard. Then VO ‘The arts, it’s what makes life worth living. Fund the arts.’

Now that could be an effective ad but it’s pretty broad and there are lots of locations. But if you’re lobbying and campaigning maybe you really want to reach a professional demographic with an Asian background. They might be a crucial demographic in some marginal seats. So instead you might run an ad to be pumped into these marginal seats that has a professional Asian dad arriving late for his daughter’s music recital. His wife nudges him, on stage, the daughter performs a small solo, the crowd gives rapturous applause, the dad is visibly emotional and proud. ‘The arts, it’s what makes life worth living. Fund the Arts.’ This ad has a target audience, an emotional core, and a social subtext: this family has made it, is socially mobile, and is accepted.