Welcome to this month’s version of The Index. As the apocalypse draws near, the content for us to analyse comes thick and fast like hot lava.

Through the use of our world-first turnip rating system we grade the best and worst media performers over the last month.

All becks are off

When your job title is preceded by the term ‘embattled’ in Australian politics, it’s the equivalent of ‘sit down sir, we’d like to discuss your test results.’

Former lobbyist for the sports betting industry, and long-term parliamentary secretary for multiple departments, the embattled Minister for Aged Care, Richard Colbeck, has got himself on the hook a few times of late.

The first media disaster was not being able to state how many people had died in aged care as a result of COVID before a Senate Committee. A few days later, Colbeck decided to beat a hasty retreat from the Senate rather than field questions posed by Senator Wong. Finally, in a late August bid to make it into The Index that we frankly found irresistible, Senator Colbeck suggested the death of older Australians was “one of the functions of the aged care sector.”

He should have been walking out to pack up his desk and hand in his resignation.

Responsibility matters – and the Morrison Government is responsible for the tragedy in aged care. pic.twitter.com/udM4NinoK4

In media terms it’s a very fresh and very splashy take. We see it as something akin to a 5 metre belly flop from the top diving board at the local pool, in front of the whole suburb, gathered around on a classic summer’s day. High impact, full visibility, and 4.5 turnips. Nice!

Perversely, as stage 4 lockdown in Victoria looks set to wind-up in the next fortnight as case numbers drop down to double digits, some of the more shrill sectors of the Australian media are comparing Daniel Andrews to a dictator, and for Adam Creighton of The Australian, Andrews’ laws are nothing short of draconian.

"Melburnians are enduring the longest, most draconian restrictions any Western leader has imposed on citizens". https://t.co/832lBc9ptn

While comparing Andrews to Hitler, Mussolini, or Franco for enacting health measures is very measured and compelling, we were intrigued by the comparison of Harry Potter lookalike, Andrews, to ancient despot and inspiration for Harry Potter antagonist, Draco Malfoy! Ho boy!

This was a hot lead and we decided to investigate the veracity of this claim with RMIT and ABC’s fact-check team. Sadly, upon further investigation our conclusion was that until Andrews begins executing Victorians for stealing cabbages, or the rich are allowed to make indentured slaves of debtors, Andrews laws are not strictly speaking, Draconian. 4 turnips for Adam.

In a recent edition of The Index we covered the night games of ALP factional warlord and chief swear bear, Adem Somyurek, whose branch-stacking efforts earnt him a seat in the ALP’s National Executive, followed by then a bullet in the stable after Nick McKenzie and the Age/9 team expose.

Not to be outdone, conservative Liberal MP, Michael Sukkar, has been busy with Kevin Andrews not only blocking the careers of small ‘l’ liberal colleagues, but erstwhile allies as well, and doing it all on the public dime. 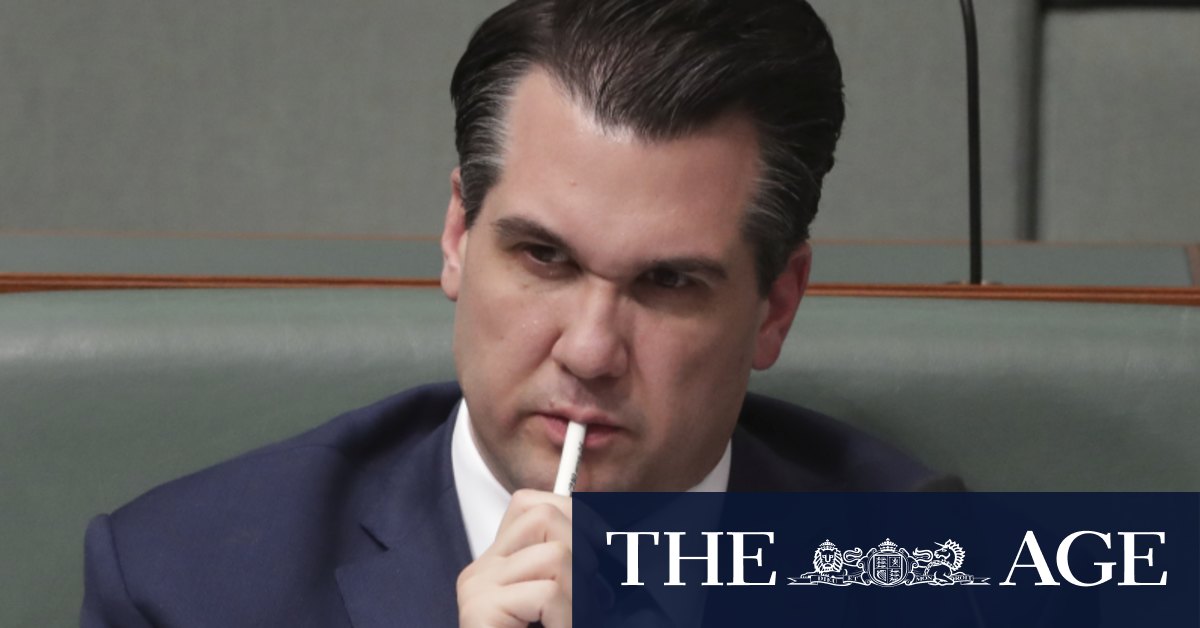 Former ally James Newbury had been a fellow traveller of Sukkar but his pro-euthanasia stance repelled Sukkar. Rogue Victorian MP Tim Smith, and fellow plotter against namby pamby liberals, former Liberal Party Prez, Michael Kroger, were also jettisoned as political flotsam and jetsam. Whether Mr Sukkar has any real influence in the party room is questionable, but by drumming up handfuls of members in branches, he hopes to wield power the way Swear Bear Somyurek did in Labor.

But from a messaging point of view, the problem here resides not with the media shy Sukkar, but with Morrison who is yet to take action in the way Labor did recently by throwing Sukkar out on his haunches. If you don’t cut em loose Scomo, you have some big credibility, authority, not to mention, albatross problems. Four turnips.