The dark arts of political lobbying can seem like something you only see on US TV shows like The West Wing or Veep, but smart businesses are bending the ears of Australian politicians every day. In Good Talent Media’s Summer Series of media courses, PR Director and Political Lobbyist David Latham and GTM Director Tony Nicholls share their secrets to making real change.

Lobbying those in power often appears to be an impossible task but with an organised campaign you can be heard by the right people and get your campaigns made into laws. The key is to have very clear goals that you can establish by forming at Expert Advisory Panel. This is a group of leaders who understand the issues in your industry, they support your goals but can also help to simplify what it is you are asking for.

Then you need some campaign funds. Draw up a list of possible donors, create Patreon or GoFundMe accounts and hold fund-raising events. You can also run a leaner campaign by building a large social media tribe, using PR and media contacts instead of advertising or asking for pro-bono assistance for your cause from sympathetic people.

Also, key to the success of your campaign will be building a network of ambassadors and influencers, this will help to magnify your voice. Create a list of potential ambassadors, supporters and allies, draft a letter to potential collaborators and outline clearly what your campaign is and what you require of your ambassadors.

You will also need to create some impactful media collateral. This will be a simple visual aid to the many presentation you will end up giving; to supporters, potential ambassadors and eventually to the politicians themselves. You might create a slate of meaningful stories for use in traditional media, strong social media campaigns or a web landing page, digital mail out or petitions.

Then, once you are ready to meet the politicians, there are five keys strategies so you don’t waste your time: 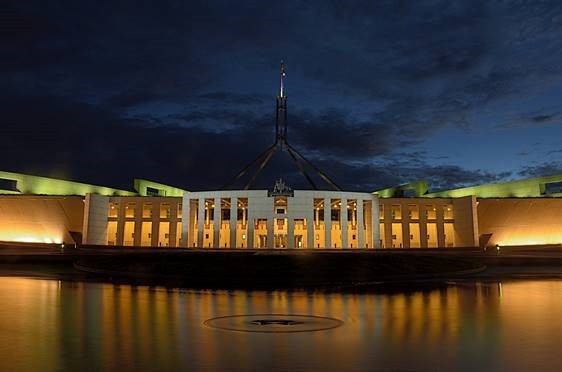 Identify politicians most sympathetic to your cause

This will save you time. Simply use general media statements, speeches in parliament, or voting patterns to find the politicians most likely to support your campaign. You can target other pollies too, but start with the softer targets.

Identify the most marginal seats

Any seat with a margin under 5 per cent is key to winning an election. If you get these politicians onside they are much more likely to be heard by their peers. Who cares about safe seats, they are already in the bag – but marginal seats have a lot of sway.

Make sure your campaign is bipartisan

If you are not bipartisan then it’s not only very easy to dismiss your hard work as a stunt, but if one party thinks you’re on their side they don’t have to work for your support. If you get both sides interested you will generate more buzz, plus it is irrelevant to you which side is actually in power.

Hold all your events in neutral territory or invite politicians into your terrain. This way you can show them your industry in action, and show them something they don’t know, to impress them with your level of organisation, and to provide them with collateral.

These should be to thank them and to ask for their support, ask them to share collateral, to pass a motion in parliament, or to push your cause on their social media.

Once you have gained a critical mass of party and electoral support it’s time to go straight to the top.
Political lobbying is a lot of hard work, but with some very targeted and well-thought out approaches you can make actual change in parliament. And you don’t have to already be a heavy hitter, anyone can get a grass roots movement going with the right advice.

Good Talent Media’s Summer Series kicks off January 19 and is looking at Campaigning and Lobbying, followed by Social ads (Jan 20) and Industry Leadership (Jan 21). For more information and to register contact info@goodtalent.com.au